Hiya. I'm Ayay, real name Emily. I started playing TCGs in 2003 after discovering Yuumei, a multi-anime TCG. I first went by Rydia when I started, but switched to Yuber Plushie by the time I opened Vibra, an everything Japan TCG. Since rejoining the TCG world in 2008, I've been going by my real life nickname.

I have ran TCGs on and off since 2003, my favorites being Vibra and Rebirth. If it wasn't for my current baby, Media Junky, I would consider reopening either of the two. My favorite part running a TCG is making decks. Most of my TCGs some how relates to my interest in Japan.

Other than TCGs, my other main hobby is collecting Jrock releases from the '80s and early '90s. I own a few items that I have even bought of former band members. I sometimes post my scans over at my LJ.

Shout It! Out Loud

Wild Fantasy
Add a photo to this gallery

Sugarful
Add a photo to this gallery

Rockin' Nippon
Add a photo to this gallery

CLAMPaign
Add a photo to this gallery 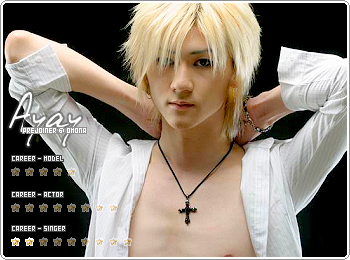 Omona!
Add a photo to this gallery
Retrieved from "https://tcg.fandom.com/wiki/Ayay?oldid=47747"
Community content is available under CC-BY-SA unless otherwise noted.