All cards at Champion are worth 1, which the exception of member cards (worth 0).

Member cards are worth 0 and may be traded freely between members.

The Champion deck is a Champion mini-game which allows members to build their own deck by "claiming" their favorite Jump heroes.  The deck is shaped like a manga page and works like a puzzle deck.  Members can use their Jump Tickets to purchase koma (panels) to fill the space.  Members can rearrange/remove koma from their deck any time.

The tier 1 koma, or Hero koma, are panels that range from 4 to 8 squares on the sheet.  They can be claimed at the Jump store using collected series Jump Tickets.  Once a hero has been claimed, it cannot be claimed by anyone else.  Traders are limited to 2 Hero koma per deck. 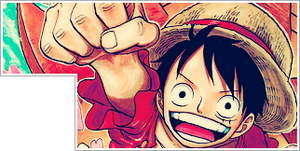 The tier 2 koma, or Sidekick koma, are panels that range from 2 to 3 squares.  They limited edition and come in quantities.  These koma are available in rotations, as new komas will be for sale on a regular basis.

The tier 3 koma, or Support koma, are panels that are 1 square.  These are available all the time and never run out.  Members can request a support koma if they do not find one that they want in the shop.  During prejoin, members were given a free Support koma of their choice in their starter pack.

Levels are based on card worth, with 10 levels in total.

The main currency used at Champion is Jump Tickets.  These tickets feature every series available in the TCG.  Members earn these tickets through games and activities on the site.  Jump Tickets can be traded in for stuff at the shop.

Jump Vouchers are a golden version of the Jump Tickets.  They are given out on special occassions like holidays, birthdays, or as prizes for special events.