February 1, 2013
Harmony is TCG that was originally dedicated only to anime scenes, openings, and endings. The site left for a 2-month hiatus in October 2013 and reopened on December 21, 2013. Following the revamp, the TCG now includes manga and artbook decks.

With its most recent revamp in July 2014, Harmony has revamped its card page and added a new couples deck category.

After being open for two years, Harmony finally closed on March 13, 2015.

There are two types of decks on Harmony: normal and special.

Normal decks are worth 1 and feature scenes, openings, endings, puzzles, artwork/manga decks, and member made decks.

The special decks are worth 2 and feature characters, couples, and themed decks.

The Team/Event decks are worth 0 and feature unique images to each team. They are earned only through points from participating in the challenge.

Member cards are worth 0 and may be traded freely between members. Harmony used to feature single member cards during its first run, but now implements a member deck for each player. The cards are earned through various tasks on the TCG.

Levels are based on card worth, with 20 levels in total. The first ten levels are named after the counting numbers in Japanese and the remaining are high ranks. There were originally only 10 levels and another 10 were added because so many members had hit the final Jyuu level! Once members hit at least Jyuu, they receive their own deck mastery badge and special puzzle deck.

When a player has collected all 20 cards in a deck, they obtain the mastery badge. Mastered cards cannot be traded off.

Harmony uses two types of currency: candy and coupons. Candy is used to purchase cards and collectibles. Coupons are exchanged for choice cards.

During every event, there is usually a mini-currency that will circulate; it can be redeemed at the end of it. After the event is over, the currency and coupons retire.

There are two shops where players can obtain rare collectibles. The shops used to be rotated out monthly, but now they are all available to buy from at any time (all are not listed because there's way too many!).

Figurines are worth 1 toward a player's card count.

Scrolls were retired after the revamp, not being very popular among the other shops and features.

CD's are worth 1 toward a player's card count. (All are not listed because there's too many!)

Scroll masteries were around when Harmony first opened but the idea was shortly scrapped after for not having enough cards to complete. They have been revamped now that the tcg has 500+ decks. The side game is intended for higher level players that are nearing the capped count. The credit for inspiration for Scroll Masteries comes from Morisawa at CollageTCG. 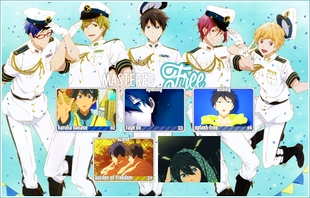 An example of a completed scroll 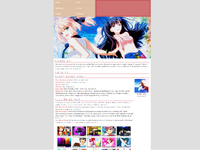