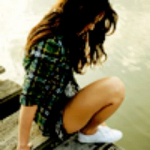 Hi! I'm Effy. I'm also an admin. This is my message wall. There are many others like it, but this one is mine.