Overdrive is a video game TCG by Sheva. The website officially opened for prejoin June 12, 2013.

The TCG was put on hiatus summer 2014 due to time constraints with university and opened its doors back up on March 1, 2016 with a new template. All members were put on a complete restart with compensation for decks mastered and levels earned from the last run.

One of the unique features to the TCG are custom scripted games created by Sheva and Nyte.

Overdrive began as an idea that has been tossed around for several years. Jams had always wanted to create a TCG themed around either video games or anime (or both) that was significantly harder than other games. The idea for 30 carded decks has always been a guarantee and was first inspired by Challenge, the first TCG to have 30 carded decks 10 years ago when most TCGs had decks consisting of only 12-20 cards.

The original incarnation of Overdrive was called Akihabara, a project by Jams and Carla that was created back around 2008. Akihabara never got past the planning stage although Jams made several decks, and kept working on ideas on the side.

With the help of Nyte, Overdrive was born an ambitious passion project to make games for TCGs that were more interactive and fun to play. That's when the idea for a video game TCG started to really flourish. Jams handled game ideas, planning and research, writing dialogue, graphics and animation, and minor help with code. Nyte wrote the game scripts and programs computer AI along with general ideas on game functions and user capabilities. At opening two games were finished, and by the time of the website's closing there were four all written in javascript. There were many more planned, but the site was closed for a year due to stress with finishing university.

Due to several circumstances, such as javascript no longer having support on most major browsers as well as the dissolution of Jams and Nyte's relationship, the old games had to be abandoned with the site's re-opening. They are still uploaded and can be played if a player can work around javascript blocks.

The site is entirely written and run by Jams with a robust forum staff to support the TCG and keep it active.

There are two types of decks on Overdrive, both with an equal card worth of 30. Neither one is really considered more rare than the other, since both card types are given out frequently.

Game decks are worth 1 and have 30 carded decks. The types of games featured vary from console, pc, indie, facebook, phone apps, you name it. Anything that falls under the general category of gaming.

Character decks are worth 2 and have 15 carded decks. This is actually kind of a broad subject as it includes characters, creatures, bosses, races, and groups/relationships. Character cards have a heart next to the name to distinguish them from game cards.

Member Cards are worth 0 and can be mastered every 30 cards.

Levels are based on card worth and there are 10 levels total. 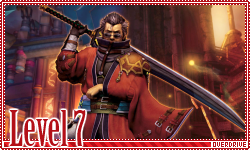 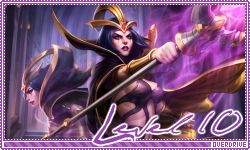 When a player has collected all cards in a deck, they obtain the mastery badge. Mastered cards cannot be traded off.

Players may earn reagents and participate in the Alchemy activity to create various potions and elixirs that grant special perks and abilities on the website. Each mix requires an empty flask and three reagents. The combinations are unknown, so players must earn these perks by trial and error. A failed mix will still grant a small prize pack.

A failed mix
Add a photo to this gallery

There are 11 elemental essences total plus the flask. Some reagents are rarer than others, the flask being the rarest.

Empty Flask
Add a photo to this gallery

X-Potion
Add a photo to this gallery

Overdrive currently had 4 unique java games coded and created by Nyte and Sheva. Because java is a pain for some members to run on their computers, some java free alternative versions are available for some games. 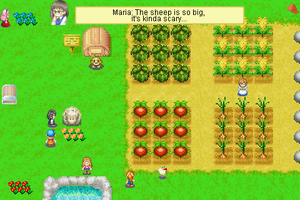 Love Love Harvest, a mini love sim modeled after the romance aspect of the Harvest Moon games. Players explore the area to find hidden items which can be improved and gifted to the different girls. There are 60 possible combinations of girls/gifts. 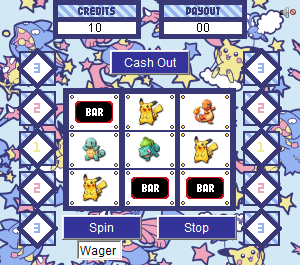 Pika Slots, modeled after the actual slot machine game from the Pokemon games. Players may bet and earn credits and cash out when they are finished playing. Depending on the number of credits earned will depend on how big their prize pack will be. 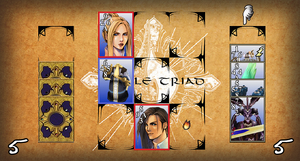 Triple Triad, modeled after the actual card game from Final Fantasy VIII. It's a lot like playing war, and players earn different prize packs depending on if they win, lose, or draw with the computer. 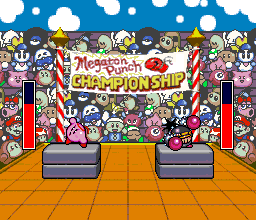 Mega Punch, a game inspired by the Megaton Punch Mini Game from Kirby Super Star.
Add a photo to this gallery

Achievements may be earned by members for completing various tasks around the website. Upon earning an achievement members are rewarded with a small prize pack including a trophy, which goes on display on each member's character sheet. More achievements are made available over time.

Upon earning an achievement members are able to choose one trophy for their collection. Trophies serve no purpose other than fandom/flair for character sheets and trade posts. More trophy collections are added somewhat regularly and feature characters from various video games. Trophies are partially inspired by Harmony's figurines.

Overdrive at first tried to use multiple site skins, but eventually scrapped them when the script failed to work properly with folders.

October 2016
Add a photo to this gallery
Retrieved from "https://tcg.fandom.com/wiki/Overdrive?oldid=48373"
Community content is available under CC-BY-SA unless otherwise noted.